With no ambition to win for our Gypset team, it's all about sailing and drinking champagne.


More than 100 teams from all over the world take part in the Regatta and are the only people found in Porto Cervo at this time of the year, when the season is over.

Gypset team suggestions how to spend a long September weekend in Costa Smeralda.

Unless you sleep on the boat (which is usually the case), the second best choice would be

Gianni Pedrinelli - the most famous restaurant on the island has been around for decades! An absolute must! Although you won't find it as busy as during high season, the food is still delicious.
Clipper - busy, busy even at the low season. Don't forget to order traditional spaghetti alla bottarga, Sardinia speciality
Aruana Churrascaria - Romantic Brazilian meat buffet

Where to sail overnight:

Where to eat in Cavallo:

Unfortunately both Sottovento and Billionaire are closed in September, but there are plenty of parties on boats

What do you think of when someone says 'Mykonos'..

White cubic houses with rhododendron flowers, stairs going to wooden blue coloured doors, narrow streets forming a labyrinth, toy churches and windmills.. You don't think of high-end beach clubs that beat St Tropez and Ibiza or Trevis Kalanick with his security guards descending from his yacht. But that's what you have to think of now. Within the last couple of years with a help of social media Mykonos became Mecca for jet-setters and following them wannabes. It has traditionally been it-place-to-be especially throughout July, but today the season starts early May and finishes late September.. St Tropez and Sardinia have it in their dreams..


Here is our Gypset vision of Mykonos:

Where to party at the sunset:

Mykonos is about late lunches, sunsets, super late dinners and not about night clubs. But if you still feel like going out here are the places:

It's just a blink of ab eye before London social season starts, Cannes FF is finished - Palme d'Or found its owner for 2016, Chelsea flower show has already opened its doors.. Right after bank holiday weekend all jet-setters will be back to London from Monaco GP and Ibiza openings, and after Roland Garros London will become the place to be!

Social Dinner - to see and be seen:

After hours pop in:

We all know that Tulum is small town on Mexico's Caribbean Coast south of Cancun and that its known for its 13th century archeological site, Cenotes and Coba ruins nearby.


We also know that every January BPM takes place in Playa del Carmen and a lot of people chose to stay in Tulum. What we don't know is what attracts them to this small village, far from developed Cancun. In last 15 years Tulum has transformed into a hippie paradise, model hangout and party goes Mecca.


Best time to go:
the best time to go is from Christmas throughout BPM. Our recommendation would be to spend NYE in St Barth, Miami or Trancoso and fly to Tulum from the 3rd until the 14th. You gonna catch both crowds - New Yorkers who come for  New Years and pre BPM International party crowd. Staying over BMP you are risking mixing with party goes whose usual habitat is Playa del Carmen.

Be Tulum - simply the best to stay or hang out

Ahau - great beach and rooms, a place to be seen

Nomad - new luxury hotel next to be Tulum. Stay there is you want to party

private villa - best choice if you are with a nice group


Casa Malca - many big parties and of course afterparties

Parties not to miss in January (pre BPM):

Sacbe - Jungle party with a good line up - be sure to get a bracelet in advance, can be a headache

Day Zero - the best party of the season in the jungle, with sickest line up and perfect production (collaboration with Cirque du Soliel) 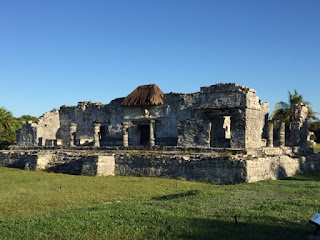 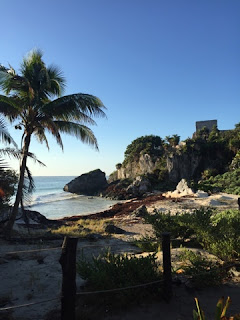